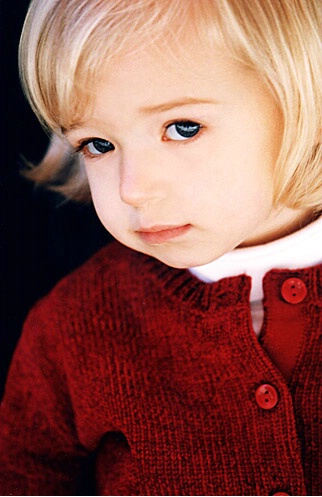 Excellent photo, Colleen. I don't think that I could have done better myself. (I don't mean that egotistically either.)

Thanks Glenn. I'm flattered because I LOVE your work.

Donnarae - thanks too.. don't know if it was a mistake that you responded so many times or if you loved it that much. I hope it's the latter. Thanks again. Keep up the good work yourself. :)

hi colleen, It was a mistake but it was meant to be! donnarae #1375

Hi Coleen.... wow! You did not even have to name this one. The pictures is worth a thousand words. #1428

Congratulation on a well deserved win! This portrait is gorgeous.
;-)Trine #1456

Congratulations! I JUST LOVE IT> DONNARAE #1463

This was well deserved.

Thanks. There's nothing like a bright fast lens for shots like this. It really makes the difference.

Coleen, Would you be kind enough to tell us your film choice in this portrait. The skin tones are excellent. DONNARAE #1545

So sweet and beautiful. The reflection in the eyes almost looks like angel wings. Congratulations! #1586

Thanks to everyone who has commented on my photo of this little girl. Actually, she was the little sister of the young girl I was actually shooting. (I shall post her sister's photo today.) I wanted to get a photo of her too, but she was very shy so it took her a little while to warm up to me.

As far as film type, I don't remember which this was, but I shot a lot of NPH and Portra S and SV film. I even shot Kodak Gold on occasion if I ran out of professional film.

A trick I used here with lighting is once you find a place that is bright with alots of reflected light, you can almost always get a good photo. A lot of shots we took outside our studio in the back alley where it's all cement and dumpsters everywhere! Believe it or not. We would stand people right inside the big shipping garage doors. Shooting close ups with shallow depth of field would cause the background to fade to black or take on color behind it such as a blue door, or yes, even a greed dumpster... and it was beautiful. All of the cement would provide nice even light on the subjet but wouldn't be too bright in the person's eyes to cause them to squint.

Here I had taken a large black piece of foam core and put it on the wall behind her and was shooting pictures of her and her father under a tree.

If you're not a pro, you surely could be. We all look forward to seeing more from you. Congratulations! #1715

Colleen, I was browsing and happened to come across this picture. It is the most precious picture I have ever seen. It reminds me of a photo on the cover of a magazine. (Family fun) perhalps? A well deserved win. I am new to the web site, so forgive me for taking such a long time to reply.
Karen #898701

Amazing! I...I just can't describe how awesome that portrait is! You totally deserved that Deluxe BetterPholio ! #5204429

Copyright for this gallery photo belongs solely to Colleen M. Walsh. Images may not be copied, downloaded, or used in any way without the expressed, written permission of the photographer.
Log in to follow or message this photographer or report this photo.